ARDC > News and Events > News > When Art Meets Science: How Music Might Improve Our Understanding of COVID-19

When Art Meets Science: How Music Might Improve Our Understanding of COVID-19

A Sydney researcher is using music to help identify the genomic patterns and functions of SARS-CoV-2, the virus responsible for COVID-19.

A Sydney researcher is using music to help identify the genomic patterns and functions of SARS-CoV-2, the virus responsible for COVID-19.

“It was a struggle. I’m a molecular biologist, not a computing expert,” said Mark.

Having an easy and quick way of accessing, analysing and storing data played an important role in Mark’s research journey. Luckily, he discovered the Australian Research Data Commons’ Nectar Research Cloud, which made it easy to access and use the wealth of data involved in his research, including analysing DNA.

“The Nectar servers provided a quick solution to snapshot and backup my projects, to switch between server configurations and to test different base operating systems,” Mark said.

It also allowed Mark to have a secondary ‘test’ server to try out new ideas. “If I mess things up, the main server is still good. This makes my computing life a lot less stressful.”

Along the way, Mark heard about researchers who were using DNA sequences to create music, a process called sonification. The concept struck a chord – before his full time commitment to molecular biology, Mark was a member of a Sydney rock band called the Hummingbirds.

“I enjoy music and I enjoy science. I thought there had to be a way to integrate music into my work. After all, music and DNA are both linear.”

These dual interests prompted Mark to create a tool that converts a DNA sequence, which traditionally is represented by a lengthy string of chemical letters (G, A, T and C), into an audio stream.

“I decided to bring audio into the analysis of DNA,” Mark said.

“Genomic browsers have lots of tools to visually display data, but these do not include audio. However, audio is a good way to recognise patterns.”

Distinctive note changes in Mark’s tool help identify places where the chemical sequences stray from the normal pattern into mutations, which can indicate a problem for the person or microorganism.

His recently published follow-up project illustrates how music can be used to demonstrate functional properties of the SARS-CoV-2 genome.

“I also decided it needed to sound good, to make it more harmonious and melodious,” he said. In fact, it sounded surprisingly musical, so Mark dusted off his old drum kit and worked with a local guitarist to make the genetic output more appealing.

And thus, art met science. The musical instruments fraternised with computer-generated audio and made Coronacode Music:

The sonification allows researchers to hear the beginning and end of genes, the regions between genes and the part of the genome that controls how genes are expressed.

By supplementing current genomic visual displays, Mark’s musical creation helps scientists hear and learn more about the COVID-19 virus and how it operates, similar to the way that colour can help highlight the properties of biological sequences visually.

Mark hopes that sonification allows researchers to consider the coronavirus RNA genome in new and useful ways. It could also help unlock better understanding about how DNA sequences determine our physical form and how mutations affect our health. 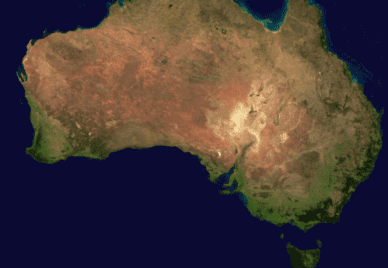