EcoCommons is a world-first data analysis platform that transforms our ability to understand the impacts of the climate crisis on native species.

A world-first data analysis platform has been launched which will transform the ability to understand the impacts of the climate crisis on native species.

EcoCommons is an ARDC co-investment platform that will simplify the use of data and analytics to pave the way for faster environmental breakthroughs and help protect and restore Australia’s natural world from an unsustainable state of decline.

The platform can be used to help conserve Australian native species by identifying where animals live now and where they will live in the future, where their habitat is and when it might disappear, and how they will respond to a changing climate.

This informs the plans we can put in place to mitigate predicted impacts such as identifying a location for a new reserve.

The $5 million program is a partnership between the ARDC, which is funded by National Collaborative Research Infrastructure Strategy (NCRIS); Atlas of Living Australia (ALA); Centre of Excellence for Biosecurity Risk Analysis (CEBRA) at the University of Melbourne; CSIRO; Griffith University, which built the platform; Macquarie University; QCIF; Queensland Government via the Research Infrastructure Co-Investment Fund (RICF); Terrestrial Ecosystem Research Network (TERN); and UNSW Sydney.

In the past, decision-makers, government professionals and researchers faced several issues when attempting to find answers from huge amounts of environmental data hosted in thousands of different places.

In Australia, there is an absence of suitable tools to address ecological and environmental modelling challenges while technical barriers, including the need for coding skills and powerful computers, meant it could take months or years to analyse data.

EcoCommons breaks down these barriers by bringing vast amounts of data together into one platform with simple-to-use tools that quickly generate meaningful information about the environment, and lead to solutions to enviro-socio-economic problems.

Professor Brendan Mackey, Director of the Griffith Climate Action Beacon at Griffith University and one of the experts behind EcoCommons, said: “The EcoCommons platform provides previously unavailable capacity for a wide range of researchers and practitioners to investigate how climate change is impacting our native plant and animal species, allowing us to help protect our environment.”

This kind of information produced by analytical models could then be used when, for example, setting fisheries targets and regulations, or planning for their protection during their migratory journeys.

It is also likely that climate change will impact migratory species and these kinds of models could be used as the foundation to predict future migration patterns expected under climate change.

Rosie Hicks, CEO of the ARDC, EcoCommons’ major partner, said: “The ARDC is thrilled to see the launch of EcoCommons, a superhighway for researchers and decision-makers that shortens the time from question, to answer, to decision. We commend the team for creating a world-class research infrastructure that has been engineered for redeployment.”

EcoCommons is hosted on the ARDC Nectar Research Cloud, and will soon integrate the ARDC’s new Jupyter Notebook Service to fuel its Coding Cloud.

EcoCommons is free to use by the Australian researcher community – learn more on the EcoCommons website.

Are you at the ESA-SCBO conference this week? Visit the EcoCommons booth and the ARDC booth and coffee cart.

EcoCommons Australia received investment (doi.org/10.47486/PL108) from the ARDC. The ARDC is funded by the National Collaborative Research Infrastructure Strategy (NCRIS). 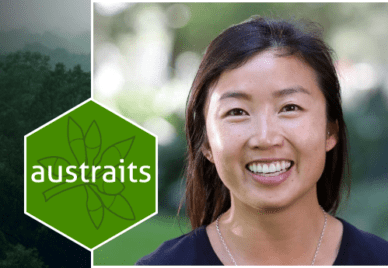