Over its 10 years of operation, Nectar has supported over 4,800 projects in all fields of research, and contributed to national and international impacts on society, human health and the environment.

The ARDC Nectar Research Cloud is supported by the Australian Government through the National Collaborative Research Infrastructure Strategy (NCRIS). Nectar nodes are hosted in Australia and New Zealand by: The University of Melbourne, Monash University, The Tasmanian Partnership for Advanced Computing (TPAC), Queensland Cyber Infrastructure Foundation (QCIF), Intersect, Swinburne University and the University of Auckland.

Dr Stephen Giugni OAM, Director, Research Computing Services at The University of Melbourne said, “The University of Melbourne shares Nectar’s excitement at reaching this milestone as an organisation and for its successful support of Australian researchers. As the foundation node, we take pride that many of our staff who were involved with establishing Nectar are all still involved in creating the future of this resource for the Australian research community.”

Since the launch of Nectar 10 years ago, it has supported:

Nectar is seen internationally as an exemplar national digital research infrastructure and a pioneer of open source cloud computing for research. There are now many large-scale federated research clouds using the OpenStack open source cloud software, including the European EGI Federated Cloud, and this approach was pioneered with Nectar.

In 2021, the Financial Times wrote about the campaign for the US to create a national research cloud recommending it could draw inspiration from Nectar.

Also in 2021, the ARDC joined the Technical Working Group for the Global Open Science Cloud Initiative, and the UK Centre for Data Ethics and Innovation interviewed the ARDC to help develop a business case for a National Research Cloud in the UK.

Nectar is a vital resource for thousands of Australian researchers to store and analyse data and run computations and software. Each year it supports over 1900 research projects, across all fields of research. There are also over 200 research services hosted on Nectar, including national infrastructure facilities, databases, data repositories, large-scale research platforms and virtual research environments, used by more than 50,000 researchers worldwide.

An example of the important role Nectar holds in the research ecosystem of Australia is how it has supported Australia’s response to the COVID-19 pandemic.

Prof James McCaw, Professor of Mathematical Biology at the University of Melbourne with an honorary appointment at the Doherty Institute, is an invited expert on the Australian Health Protection Principal Committee (AHPPC), a subcommittee of the National Cabinet. His team has contributed to the Australian Government’s response to the pandemic by modelling potential scenarios using Nectar and other computational resources.

James and his team were the first to use Nectar in 2012, and they have continued to use it over the past 10 years for epidemiological and biological modelling. The team uses Nectar to model how viruses and other pathogens infect the host and spread through the population. They have used Nectar to study influenza, malaria and now COVID-19.

“If this resource [Nectar] was not there, it would be a nightmare. A lot of my team’s work is absolutely contingent on this resource or equivalent resources continuing to exist. That it has been so stable and reliable over the last decade has been very important.”

“It has been essential to support and grow the computational capability of my research team, which has continued to grow since 2012,” said James.

What’s Next for Nectar

Today, Nectar is hosting most of the research platforms supported by the ARDC Platforms program. These support a range of research areas and technologies, including artificial intelligence and machine learning, sensitive data, drones, ecology, advanced imaging and genomics. To support these platforms, the ARDC has invested in leading edge infrastructure for the Nectar Research Cloud, with large memory machines, graphic processing units (GPUs), as well as separate regions of Nectar for hosting sensitive data platforms.

Nectar is also creating new national services for research computing. This year we will release the new JupyterHub and Virtual Desktop Interface, and move to usage-based allocation quotas to support bursting and other new functionality in the national research cloud. We’re also developing a reservation system for GPUs and very large memory virtual machines.

Exploring new and innovative technologies at scale is also a cornerstone of Nectar. Through the innovation project, we are exploring the benefits of data processing units (DPUs) in the application of micro segmentation for cybersecurity, and developing standards and best practices with the national coordination of containers and orchestration in the ARCOS project.

A video about Australia’s national research cloud and its cloud computing services and tools. 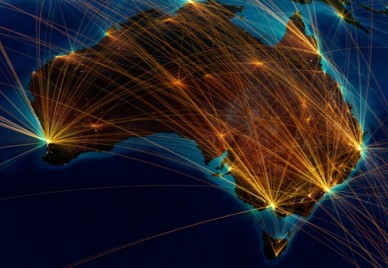